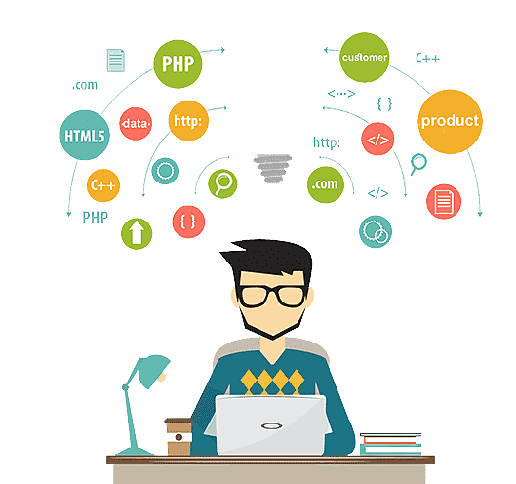 A markup language is a set of annotations to text that describe how it is to be structured, laid out, or formatted. Markup languages might be manuscript form (often marks among or alongside text describing required formatting or binding), or they might be markup codes used in computer typesetting and word-processing systems. The former are also commonly used to describe the required layout of papers, articles, standards, or books. Scribe, GML, HTML, XML, XTML, RDF, OWL and ColdFusion are some well known example of Markup Languages.

A scripting language, script language or extension language is a programming language that allows some control of a single or many software application(s). Languages chosen for scripting purposes are often much higher-level than the language used by the host application. Shell Script, GUI Script, Unix Shell, HTML, AJAX, Java, XML, JSP, ASP are well known example of scripting language.

In the function-level style of programming, a program is built directly from programs that are given at the outset, by combining them with program-forming operations or functionals. Lisp is a well known functional level language.